StoryTime company, the kids content and animation arm of Yellow, Black and White, the leading independent studio in Russia and the CIS, is a co-producer responsible for scriptwriting. The visual creative side of the project is managed by RocketFox, the Russian animation studio behind more than 160 episodes of Om Nom Stories, among other great projects.

Eve & Om Nom: Delivery Duo is a brand of its own and a major step-up from earlier content in terms of character depth, script and storyline. Om Nom has an equally engaging leading character in Eve, and as a project with dialogue, the new series has more to offer and more room to grow. The new location, an island co-inhabitated by people and cute monsters, also helps Eve & Om Nom: Delivery Duo to stand out and offer dynamic interactions and more sophisticated stories.

"It is an important journey for ZeptoLab, a company largely known for creative mobile games, into the familiar waters of animation but on an uncharted route. It is an ambitious endeavor taking the Om Nom brand to new heights, but not an overreaching one: Om Nom is already loved all over the world, and new content with this adorable monster is only welcome," said Anna Schchur, Producer and Head of Content Distribution at ZeptoLab.

To modern kids, a courier is akin to a magician: there is always an element of anticipation, mystery, and surprise with every package. This is exactly what Eve and Om Nom’s Duo do with their extra-quick deliveries, while also helping their clients with various unexpected situations connected to their orders in a unique and entertaining way, showing where material objects come from and how to appreciate them. With Eve and Om Nom it’s equally fun both to deliver and receive packages, which serves as a clear play pattern and suggests many ideas for role games.

"Working with well-known, beloved characters is fascinating, yet tricky at the same time. Together with our partners, we are creating a brand-new world populated with new characters, but it still preserves the unique Om Nom flavor as well as the brand’s values. This is our first project with ZeptoLab, and I’m grateful that they’ve entrusted us with their amazing star. For our part, we have endeavored to bring all the producing and screenwriting experience that the Storytime team has built up on animation and feature projects for children and their parents to bear. I have no doubt that we’ve got a new hit on our hands - a contemporary, fun series - and that our characters, Eve and Om Nom, will soon be on every screen and in every store," said Julia Mindubaeva, CEO and producer at StoryTime.

The first season of the series will have 52 episodes (5'30'') with the first set to be released in 2022. As with their Om Nom Stories, ZeptoLab aims to distribute worldwide and on as many platforms as possible. The company is currently in discussions with a number of platforms and TV channels for the testing and potential cooperation. Platforms can get premiere rights with further non-exclusive distribution. Exclusive premiere rights have already been confirmed in some territories, for example, Russia and the CIS with START, one of the leading local subscription-based streaming services and a leader in original content production in the region. StoryTime is behind content distribution in Russia and the CIS. 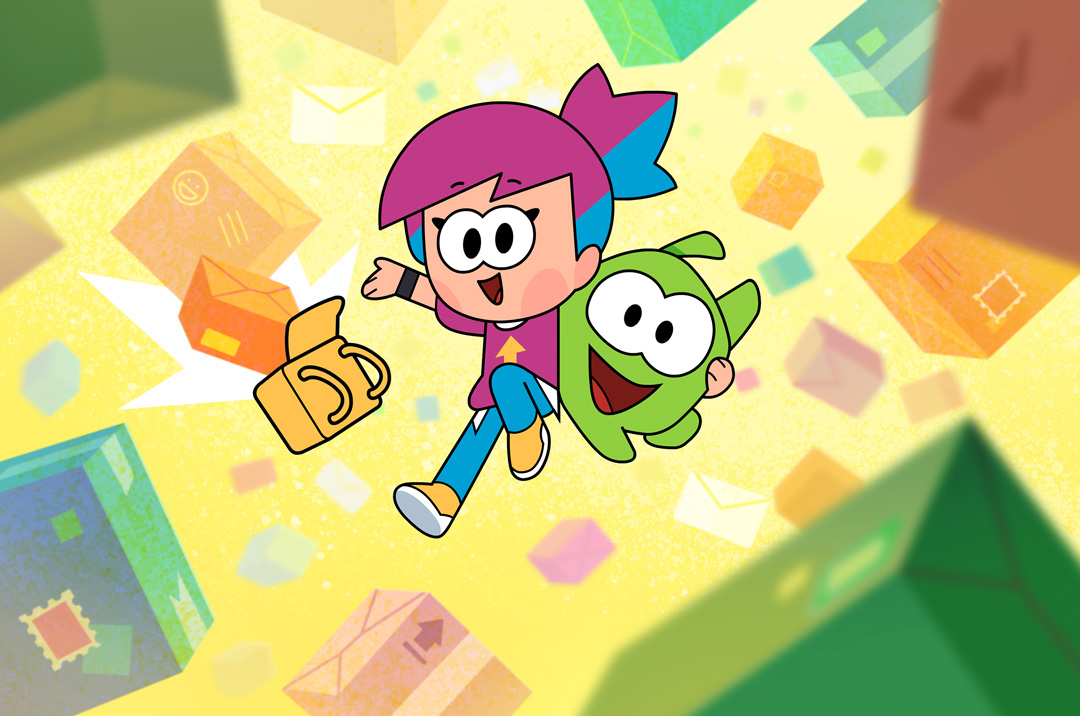