ZeptoLab, a global gaming company behind Cut the Rope, Crash Arena Turbo Stars, King of Thieves and Bullet Echo games, is excited to announce a new partnership with the Chinese media giant Tencent. Tencent will exclusively broadcast the latest seasons (17-19) of Om Nom Stories, ZeptoLab's animation hit, for 3 years. In addition to that, a previous agreement has Tencent exclusively distributing seasons 8-10 in the region.

"It is a great honor for us to partner up with Tencent. Not only does it provide our animation the widest possible reach in the region, it also has the family-oriented values in common with our Om Nom brand. That’s very important for us. And we are immensely proud that since the first introduction of Om Nom Stories to Chinese audience, the series has gained 5 bln views in the region, and that success has made this new agreement possible. Tencent has given us its seal of approval," said Anna Shchur, Producer, Head of Content Distribution at ZeptoLab.

This is a giant step in ZeptoLab's plan to enter and be part of the Chinese market with Om Nom brand. Sixteen seasons of Om Nom Stories are already being successfully distributed in the region across main VOD, TV, IPTV and digital TV platforms: Tencent, iQIYI, Puxin, Youku, Xiaomi, Migu TV, Mango TV, Huawei, Wasu TV, etc. Seasons 1-10 have been broadcasted on CCTV-14 starting March 15, 2019. The team is already working on a strategy of licensing and publishing in the region, as well as building merchandising presence to supply the fans’ demand for all things Om Nom. As part of this expansion, Om Nom e-books are set to appear on offer in China in MeBooks app (by Malaysian startup MeBooks). ZeptoLab team also has the brand represented in local social media, with 680k followers on Doyuin (Chinese TikTok) as an example of Om Nom’s growing SM presence.

Om Nom Stories are short (3.5'') animation episodes centered on Om Nom, the cutest green monster that attracts adventure like a magnet and whose ability to convey emotions transcends all restrictions imposed by the lack of dialogue. This loveable character has been winning the hearts and keeping the interest of fans since 2010. In 2021, Om Nom universe includes his family, adorable Om Nelle and playful Nibble Nom, along with other engaging characters. The series is distributed on 70 platforms, 86 YouTube channels, 12 TV channels, and 80 VOD channels in 8 regions, has a massive following on social media, and is highly valued as a family-friendly and positive entertainment for young kids and adults alike. 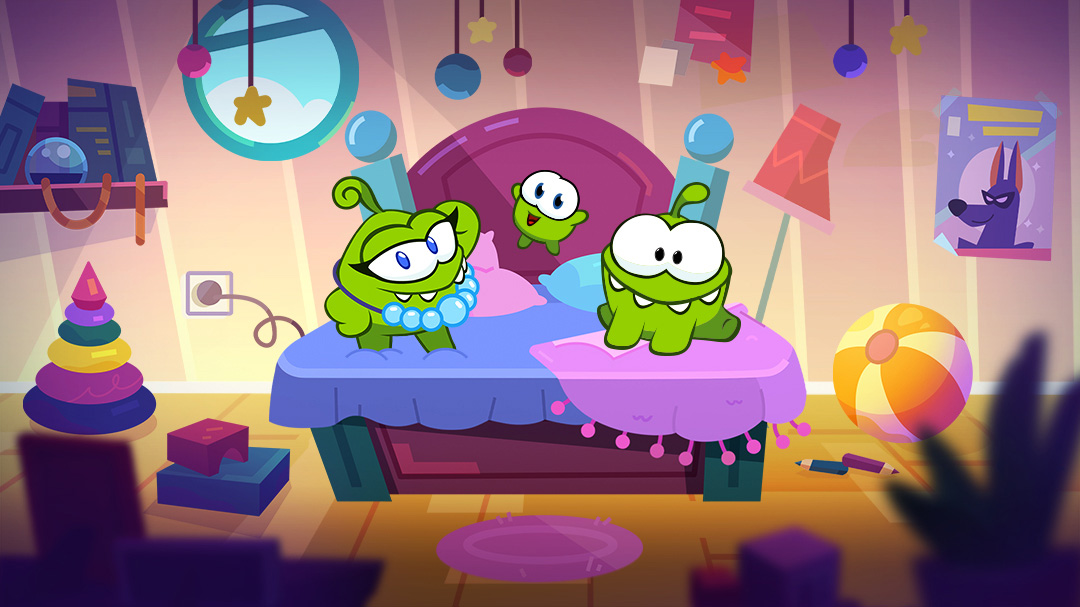